Late-capitalism has become Deleuzian
Various critiques of the work of Deleuze mention the fact that celebrating infinite differences does not guarantee liberation. Contemporary capitalism has bid farewell to totalising standardisation; digital capitalism has itself become Deleuzian. The carnival-like quality of daily life now ensures high profits through the permanent revolution of its own order. Instead of differentiating between what is or is not important, we are saddled with a plurality of lifestyles (Ikea Populism2) coexisting happily and comfortably. In embracing heterogeneity and the infinite relationships that an intelligent system can generate – afraid of choosing a wrong direction, as Modernism, Communism and Maoism did at the time – fewer and fewer designers are daring to put one particular antagonism or guiding alternative above another. There is a danger that searching for difference or inciting the unpredictable is made into an absolute, with the potentiality of difference being interpreted as a fetish. This critique seems to be equally applicable to that of the American supporters of ‘projective practices’. They too run the risk of producing nothing but advanced entertainment (entertainment for the creative class), precisely because they do not declare themselves openly for or against anything. The dilemma is that the once so progressive potential of the Deleuzian rhizome, the idea of heterogeneity does not at all make people free in late-capitalism but makes them actually dependent on the economically-correct rhizomatic system. The problem with both ‘criticality in architecture’ and the American definition of the ‘projective practice’ is that both – each with its own aesthetics and method, – generate in the end consensus and hence in fact operate a-politically. [More... see PDF]

This article has been published in German, Dutch and English. In magazines such as Arch Plus, Open, and Hunch (see enclosed PDF). In different architecture cases studies the theoretical argument is "applied" differently to do justice to other practices of work and how architecture generates specific political formations of freedom. Aesthetics as Form of Politics was originaly written for De Riedvelt Prize awarded to Wiel Arets for his Utrecht Library in 2005 (see PDF).

A second part on Aesthetics as A Form of Politics is in preparation on Media buildings such as the CCTV by Rem Koolhaas in China. 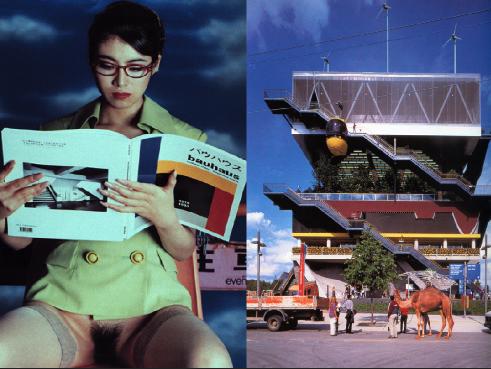 Aesthetics as a Form of Politics