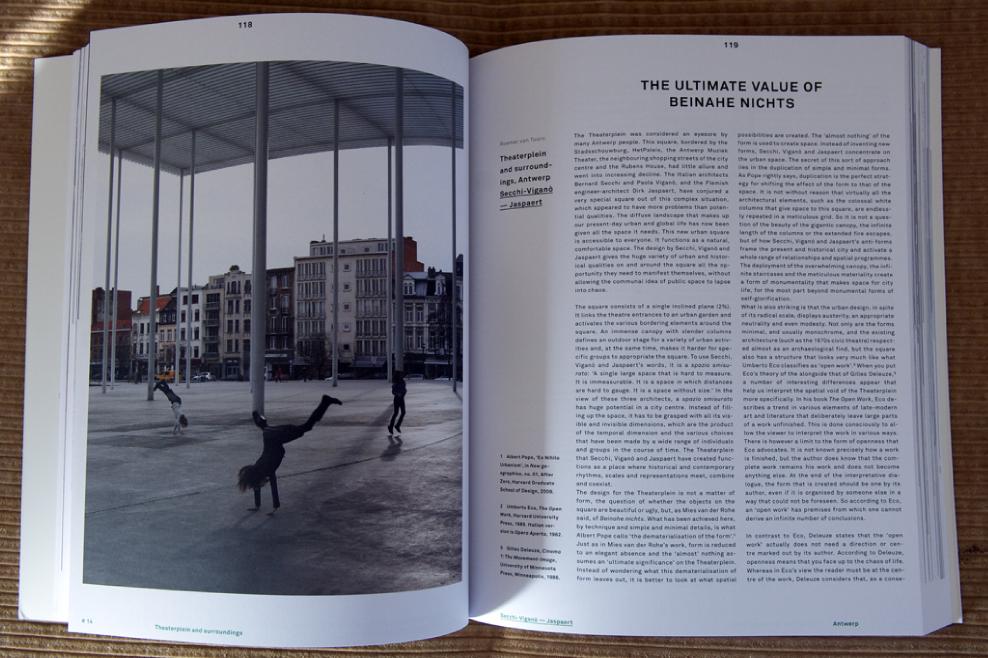 The Theaterplein was considered an eyesore by many Antwerp people. This square, bordered by the Stadsschouwburg, HetPaleis, the Antwerps Muziek Theater, the neighbouring shopping streets of the city centre and the Rubens House, had little allure and went into increasing decline. The Italian architects Bernard Secchi and Paola Viganò, and the Flemish engineer-architect Dirk Jaspaert, have conjured a very special square out of this complex situation, which appeared to have more problems than potential qualities. The diffuse landscape that makes up our present-day urban and global life has now been given all the space it needs. This new urban square is accessible to everyone. It functions as a natural, comfortable space. The design by Secchi, Viganò and Jaspaert gives the huge variety of urban and historical qualities on and around the square all the opportunity they need to manifest themselves, without allowing the communal idea of public space to lapse into chaos.The square consists of a single inclined plane (2%). It links the theatre entrances to an urban garden and activates the various bordering elements around the square. An immense canopy with slender columns defines an outdoor stage for a variety of urban activities and at the same time makes it harder for specific groups to appropriate the square. To use Secchi, Viganò and Jaspaert’s words, it is a spazio smisurato: ‘A single large space that is hard to measure. It is immeasurable. It is a space in which distances are hard to gauge. It is a space without size.’ In the view of these three architects, a spazio smisurato has huge potential in a city centre. Instead of filling up the space, it has to be grasped with all its visible and invisible dimensions, which are the product of the temporal dimension and the various choices that have been made by a wide range of individuals and groups in the course of time. The Theaterplein that Secchi, Viganò and Jaspaert have created functions as a place where historical and contemporary rhythms, scales and representations meet, combine and coexist.[continue reading in the book]

In: The Specific and the Singular, Architecture in Flanders. 2008 - 2009 yearbook, edition 2010, Flemisch Architecture Intitute (www.via.be).