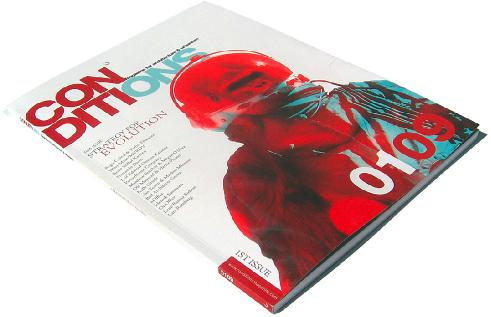 Roemer van Toorn: The good news is that politics is on everybody lips, the bad news is that politics is about everything and nothing nowadays. Ten years ago a New York fashion line was born named Theory. Buzzwords of the cultural elite – like the return to the sixties – become the next luxurious Theory Icon project. Facing the crisis of neoliberalism, Politics has become the next project of intellectual entertainment. Many contemporary artist, curators, philosophers, sociologist, journalists, critics and architects do tap into politics, knowing that they can no longer celebrate their work on its own autistic terms. How do you read this current trend of politics as fashion in architecture?

Markus Miessen: Suddenly, architects tend to think that they are facing the urgencies of the world. What scares me a bit is when these proclamations are based on the realisation that, without stating them, their faces might no longer furnish the cover of magazines and journals. Recently, even the most formally driven protagonists have declared an interest in politics. Most architects who build are complete nerds in the most positive sense of the word. They know very well how to do certain things but are very bad at doing others. The Renaissance idea of the polymath is long gone and, unfortunately, is no longer on the agenda of most educational institutions, which has resulted in a situation where there are some amazing people who can do perfect drawings and wire-frame models, but when they begin to talk about politics, social frameworks or policy proposal, reminds me of sitting in a pub with your best mate listening to a 70-year old at the bar, debating foreign politics.

RvT Do you mean that with the disappearance of the homo-universalis out of the equation of the role of architecture – in fact all theories of critical architecture as defined by Michael Hays and Peter Eisenman for instance – with their preoccupation for architecture itself, as act of cultural resistance, is futile?

MM Cultural resistance – hmm. If you resist, the most important thing is that you know what you are resisting against. There are not many seriously political architecture projects that I can think of. Some of Team 10’s projects are amazing in this regard, also the underlying notion of Buckminster Fuller, or, more recently Tomas Saraceno. If you think of Louis Kahn’s National Assembly Building in Dhaka, Bangladesh, it has a vision that goes beyond the mostly central European, idea of ‘this architecture project is to build a parliament’. Rather, it builds on the vision of community and forum without being colonial, patronizing or romantic about notions of inclusion/exclusion. What I am slightly scared about is that most practitioners within the field today somehow tend to fall into the default romantic, leftist mode of politics as soon as they consider ‘the political’. This is not to say that I would rather not have them base their political ideas left of centre, not at all, but rather that project-making of an ‘alternative spatial practice’ kind should aim to go beyond small, well-informed audiences from the same cultural milieu, but try to address larger publics without becoming populist. This sounds great, or not so great, but of course, I also haven’t come up with the project that can prove this yet.
[More ... see PDF]