It was once not considered foolish to dream great dreams. Imagining a new, better world energized thinkers and spurred their resistance to the status quo. Now utopian dreams are rare. Instead of chasing after elusive ideals, we prefer to surf the turbulent waves of free market global capitalism. In our wildly prosperous First World—brimful of computerized production, technological and genetic applications, and commercial and cultural entertainment—reality can seem more exciting than dreams. Some even maintain that the ideals we strove for in the past have now become reality: according to Third Way politics, the neoliberal economic engine simply needs a bit of fine-tuning; late capitalism is the only game in town: although social rights and a measure of equality are needed, globalism can only be accommodated. According to this free market fundamentalism, utopian attempts to change society lead to dictatorships. Not only conservatives think this. Neo-Marxists Michael Hardt and Antonio Negri argue that the organization of resistance in the margins is no longer necessary now that resistance is active in the very heart of society.2 They believe that late capitalism is so complex and dynamic that it is capable of switching automatically from an alienating equilibrium of control into a potentiality for multiple freedoms. Everything is changing much faster than we ever imagined it could. Until the 1980s, mainstream cultural institutions condemned the transgressive operations of the avant-garde, whereas today they support and favor trangressive works, because they gain publicity from scandal. Time and time again, global capitalism has shown itself capable of transforming its initial limitations into challenges that culminate in new investments. One important consequence of this is that earlier forms of social criticism and social engagement are outmoded. Thus many reflective architects believe that it no longer makes any sense to spend time constructing new ideologies or criticizing “the system.” Instead, they draw inspiration from the perpetual mutations of late capitalism. During a symposium on “The State of Architecture at the Beginning of the 21st Century” held at Columbia University, Sylvia Lavin, chair of the UCLA graduate department of architecture, uttered the provocation that architecture ceases to be “cool” when it clings to the critical tradition.4 Nor is hers a lone voice; a whole cohort of American commentators is anxious to move beyond critical architecture.5 One form of critical architecture—exemplified by the work of Peter Eisenman, Daniel Libeskind, Diller + Scofidio, and Bernard Tschumi— offers comments within architectural/social discourse and avoids looking for better alternatives in reality. The Frank House by Eisenman, for example, forces the couple living in it to think about the psychology of their cohabitation by placing a slot in the floor between their beds. Robert Somol and Sarah Whiting have argued provocatively that we should stop burning our fingers on this kind of “hot” architecture that insists on confrontations. Whiting and Somol discourage an architecture born out of pain or the need to sabotage norms. Instead architects should initiate “projective” practices that are “cool.” (Why the word projective? “Because it includes the term project—that is, it is more about an approach, a strategy, than a product; it looks forward [projects], unlike criticality, which always looks backwards,” according to Sarah Whiting in an email.) [More...see PDF]

No More Dreams?
The Passion for Reality in Recent Dutch Architecture ... and ItsLiimitations 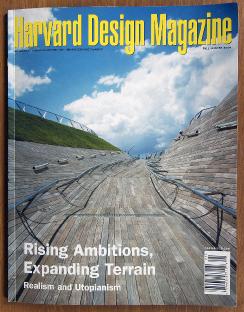 Explores the tension between adaptation and resistance to commercial conditions in architectural practice and theory.

In response to the contentious process surrounding the selection of a design for the World Trade Center site, the use of spectacular buildings to brand cities and institutions, and the dizzying transformations of the skylines of Shanghai and Dubai, public awareness of architecture and design has perhaps never been higher. At the same time, architecture is undergoing an identity crisis as it confronts fundamental issues: the effect of digital technology on design, the pervasive impact of global capitalism, and the decision to embrace or resist popular media and taste.

The New Architectural Pragmatism collects the most provocative, penetrating, and influential attempts by leading theorists and practitioners in the field to define what architectural practice should be at the beginning of the twenty-first century. Written in the aftermath of modernism’s utopian impulse and postmodernism’s detached playfulness, the essays gathered here express and critique a new spirit of cultural and political engagement with contemporary society.

Interrogating the architect’s social responsibility, the contributors deliberate about how much we should ask of architecture and suggest that in the coming century architecture must be at once flexible and robust, responsive and self-directed.

“This collection brings together the most provocative, penetrating, and influential attempts by leading theorists and practitioners in the field to define what architectural practice should be in the beginning of the 21st century. Written in the aftermath of modernism’s utopian impulse and postmodernism’s detached playfulness, the essays gathered here express and critique a new spirit of cultural and political engagement with contemporary society.” —APADE 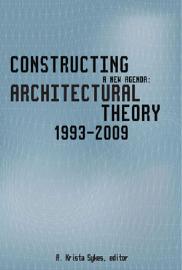